Camões home is in Constância

The warmth with which the population of Constância regards the great Portuguese writer is tangible and genuine. The sixteenth century in which he lived is still very much in evidence in the collective identity of the borough.

All countries acknowledge and celebrate their great writers. It’s an affirmation of their culture and identity. If Spain has a house that belonged to Cervantes, England has Shakespeare’s home in Stratford-upon-Avon, and Italy has Dante’s house, then why can’t Portugal have a house that was home to Camões? In order for this to happen in Portugal – because such a house does exist – the small association (Associação Casa-Memória de Camões) which is located in the municipality of Constância, needs to have its limited resources boosted so it can pay homage as befitting a writer of the magnitude of Luís Vaz de Camões. 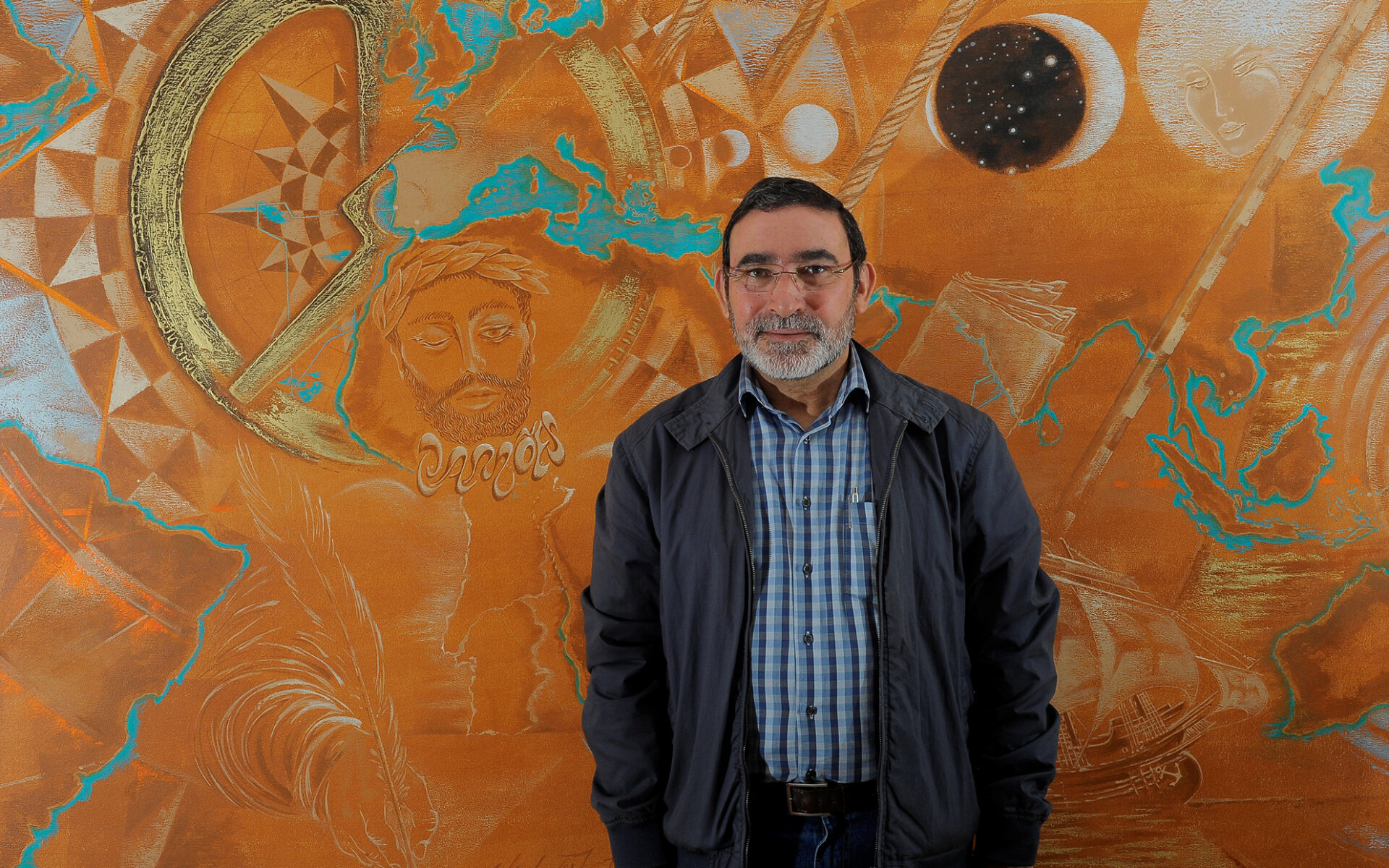 Camões is one of the pillars of Constância’s identity, held in as high esteem as the rivers, the tradition of river transport and the residents’ devotion to Senhora da Boa Viagem. The Pomonas Camonianas festivities, which began in 1994, are the greatest expression of this affection. From the 9th to the 11th June, the village recreates life during the Renaissance, with people dressed in period costumes.

Constância’s relationship with Luís Vaz de Camões dates back to the mid-16th Century, to 1547 and 1548, when he spent his youth in the village of Punhete, now known as the town and borough of Constância. A group of fans of the poet’s works seized on this link as a basis to form the Camões House Museum Association (Associação Casa–Memória de Camões) to honour the works of Portugal’s greatest ever writer, its language and its culture.

A group of fans of the poet’s works seized on this link as a basis to form the Camões House Museum Association to honour the works of Portugal’s greatest ever writer, its language and its culture

There is no documentary evidence to prove that Camões was ever in Constância. The Camões House Museum Association is well aware of this. They neither confirm nor deny it. What they do know is that there is a popular tradition which still lives on today. According to António Matias Coelho, an historian and chairman of the Camões House Museum Association, “If the residents are so passionate about it, then there must be a reason for that”. This tradition has been documented since 1880, when the Municipal Council held a meeting to join the celebrations of the third centenary of Camões’s death. The minutes of the meeting state that they wanted to join the commemorations not only because they agreed with the aims of the initiative but because it was said that, according to an ancient tradition, Camões had lived in the village.

Several scholars have delved deeper into this tradition. In the 19th Century the viscount of Juromenha, who was an historian specialising in Camões, studied the veracity of the claims and was inclined to believe that Camões had indeed lived in Constância. In the 20th Century, two people played a crucial role in keeping the tradition alive. The first was a doctor from Constância who believed the popular tradition and did everything he could to add credence to and disseminate the story. He gave talks, published books and arranged visits to Constância. It was on one of those visits that he met Manuela de Azevedo, a copywriter for the Diário de Lisboa newspaper. She was the first female journalist to be granted a press pass in Portugal, and she covered the story of her trip. She was so enamoured with the story and the way in which the popular tradition was celebrated and portrayed by the locals that she became very fond of them, the town and the story of how Camões had lived in Constância in a sixteenth-century house by the river.

The property owned by the association are landmarks in the town

Manuela de Azevedo would end up dedicating half her life to this cause, and in 1977 she founded the Camões House Museum Association. Thanks in part to her contacts and influences, the association was able to acquire three assets, all of them of perfect for the town.

The first is the sculptural work by the artist Lagoa Henriques. The sculpture is a landmark in the town, and is the most visited place in Constância. António Matias Coelho tells us, “nobody comes to Constância without sitting by the statue for a photograph”.

The second property is the Camões Garden, designed by landscape artist Gonçalo Ribeiro Telles. It’s not an ornamental garden, but rather an original way of paying homage to Luís Vaz de Camões through the Mediterranean and exotic plants mentioned in his works.

The final asset which Manuela de Azevedo left for the association is the Camões House Museum building, which is a new construction built on the ruins of the house said to have been where Camões lived. The association’s chairman and historian explains: “Those ruins were greatly affected by the cyclone of 1941 and couldn’t be recuperated, so it was decided that they should be stabilised and classified as a site of public interest and a new building erected, designed by the Lisbon faculty of architecture.”

It’s a functional, five-storey building, in which one of the storeys is the preserved sixteenth Century house where Camões lived. There is hard documentary proof of this sixteenth Century house, which shows that a house was built on that site. Furthermore, a study was undertaken by the architect Jorge Sobrado in the middle of the last century, which confirms that the construction techniques and materials used in this house date back to the sixteenth century. It is not the aim of the Camões House Museum Association to deceive or misinform. Coelho tells us: “There are no documents to prove that Camões lived in this house, but what they do prove beyond doubt is that the reconstruction on the ground floor of the House Museum building is of a sixteenth century house.”

Above this ancient house rises a new building, full of potential, which may serve not just the town of Constância but the whole mid-Tejo region and the entire country, as the Camões House that Portugal doesn’t yet have. It does exist, but it’s neither available nor accessible because of a lack of funds. This is why it is not open to the public.

What would allow the Camões House to be opened to the public?

“We don’t want to mislead people. We don’t want tourist guides to feature a Camões House Museum which is open to the public, but where visitors will feel cheated and angry that they wasted their time and money.”

António Matias Coelho says that the association has a very precise idea of what’s required in order for this space to be able to throw its doors open to the public. This vision has already been conveyed to the Ministry of Culture. They submitted a storey-by-storey proposal of the content they would like to see in the house. That would be the best-case scenario. The house would be able to open perhaps not with the entire contents, but with a significant portion. According to Coelho, there would be three crucial aspects. Firstly, an exhibition on the subject of Camões, addressing his life, his works and his relationship with Constância. The Association owns a few objects which could help to create this content, but they are not enough. A museum project needs to be drawn up and contents produced.

Part of the House Museum would have to be dedicated to Camões’s presence in Constância. The house should be a living monument, and it would need someone to keep it open.  A qualified guide, with knowledge and training, would have to be hired to provide guided tours of the space and to explain its contents.

According to António Matias Coelho “We’d be able to open the doors to this house with a few bits and pieces displayed on the wall, but we’d be missing a unique opportunity to pay homage to and promote the life and works of Camões and of Portugal in the sixteenth century, and at the same time, we would be short-changing visitors”. He believes that this house is good enough to be a nationwide attraction. His view is that if the association cobbles the display together, on a smaller scale, then they would be jumping ahead of themselves and not doing justice to the idea.

The association’s board seeks a three-pronged approach – local, regional and national. They know they need to gain institutions’ and people’s trust, and they need to show they’ve done their homework. The Camões House Museum Association has been doing just that, focusing on activities at the House and at the Garden.

It’s a small association with just a few members, and the municipality is too financially constrained to help the Camões House Museum. Every year, since the Association’s board took office in April 2016, Caima has been supporting the Camões House Museum Association. Says Coelho: “Without this support we wouldn’t be able to perform many of our activities needed to celebrate Portuguese literature’s greatest ever writer.”

Caima’s sponsorship has been channelled into construction work at the Garden. This work consisted of replacing the ground surface – which was in very poor condition – with Portuguese paving. These funds provided the necessary margin to be able to hire an architectural landscaping firm, specialising in gardens. “New soil was put down in the gardens for the first time in 30 years. The land hadn’t been fertilised for three decades. There is vital gardening work being done because you can’t have a garden without plants or flowers.”

The garden is a living monument

The Garden is unique. It’s a living monument to Camões, it pays homage to the writer through the plants he refers to in his works. A trip to this space entails going on a journey through the plants, as if guided by hand by the plants themselves from the Mediterranean all the way to the Orient. The few plants not included are those which are unable to withstand Portugal’s climate. Camões mentions over fifty species in his works, from the olive tree, laurel and vine, to more exotic plants from Africa and Asia.

Gonçalo Ribeiro Telles designed the Macau pavilion and garden. The construction was financed by the government of Macau, which was then still under Portuguese administration. This space evokes the exotic world of the Far East, of China. It evokes a Chinese pagoda framed by a series of low, undulating walls, which symbolise a Chinese dragon. The garden has an open-air planetarium and a small amphitheatre with excellent acoustics. It also has Portugal’s largest armillary sphere which weighs in at half a tonne, donated by the Faculdade de Belas Artes of Lisbon University to commemorate the 500th anniversary of the Portuguese discoveries and the universal nature of the Portuguese language and culture. All of these elements together make the Garden a unique place to visit.

Part of the research work undertaken by industrial archaeologists Jorge Custódio, Sofia Costa Macedo and Susana Pacheco, about Caima’s 130- year history, resulted in the exhibition entitled 130 years of Caima – From Albergaria to Constância – Portugal in the Paper Pulp Industry. The exhibition was held at the Camões House Museum from 16th November to 19th May.