A record-breaking year. One for the history books

The financial year 2018 went down in Altri’s history as the year it smashed a series of records. Sales topped 1,055 thousand tonnes of pulp, revenue rose to 784.8 million euros and profits went up to 194.5 million euros.

One for the history books. That’s the best way of describing Altri’s performance in 2018. Last year saw Altri break its record for eucalyptus pulp production, with 1,097 thousand tonnes produced which was 54 thousand tonnes more than the previous year. Of this total, dissolvable wood pulp (DWP) accounted for 106.5 thousand tonnes.

Who uses the pulp produced by Altri?

Europe continues to be the main destination for Altri’s production. With a total of 735 thousand tonnes of paste sold, the Old Continent (not including Portugal) represents 70% of the group’s total sales. Portugal represents 11% of sales and China accounts for around 9% of the pulp sold.

In terms of pulp use, Altri’s chief clientele consists of tissue paper producers, who account for the lion’s share of 48%, followed by producers of speciality papers and producers of printing and writing paper, with a 22% and 21% market share respectively. Viscose filament yarn producers – which consume DWP – represent around 9% of sales. 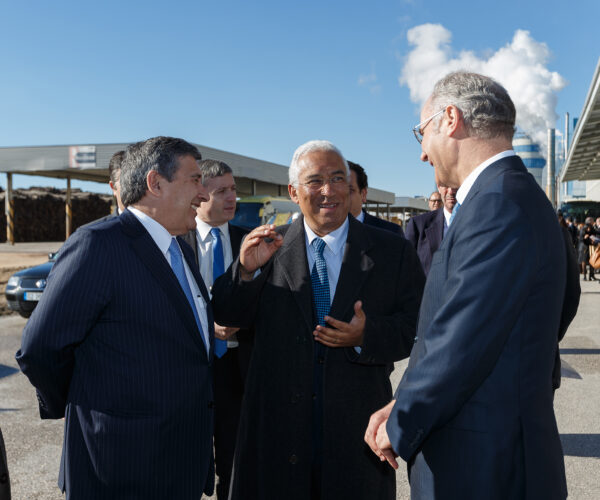 The EBITDA for 2018 stood at 292.7 million Euros, corresponding to a 53% hike on the EBITDA recorded in the previous year. The operating result (EBIT) recorded for the year was 232.5 million Euros, which represents a year-on-year increase of around 69%. Altri’s net result rose to around 194.5 million Euros. In operational terms, the last quarter of 2018 was marked by a decrease in worldwide demand for eucalyptus pastes, leading to a price drop and an increase in stock levels.

It should be pointed out that during the financial year under analysis, Altri purchased the remaining 50% of EDP Bioeléctrica and its subsidiaries which it didn’t already own. These units produce electricity using forest biomass.

Bioelétrica’s operation to employ biomass to produce electricity was fully consolidated for the first time in December. The consolidated profit-and-loss account therefore includes one month’s operation by Bioeléctrica and its subsidiaries.

Nominal net interest bearing indebtedness deducted from Altri’s available funds as at  31st December 2018 stood at 433 million euros. This means that the net debt rose by around 45 million euros on the 388 million euros net debt recorded at the end of 2017, essentially as a result of the acquisition of EDP Bioeléctrica.

€0.72
is the dividend per share suggested to the General Assembly