The company was launched on Tuesday, 6th June 1967, to great fanfare. Half a century later, a ceremony paid homage to the work and dedication of those first employees who turned the factory in Leirosa into the largest paper pulp factory in Europe.

Europe’s largest pulp factory has not forgotten the extraordinary group of people with which it commenced operation in 1967. Fifty years on, many of the men and women who were there at Celbi right from the very first day returned to the company to exchange fond memories. The get-together took place over a celebratory lunch attended by around a hundred employees. It was interesting to note that many of the older staff preferred to be known by their former employee number than by their name. The attendees included some of the oldest workers, such as Hernâni Serra (no. 5), Arnaldo Biscaia (no. 9) and José Gonçalves (no. 10). The last on the roll call was Eduardo Almeida Rodrigues (no. 545). Special mention should be made of Elísio Parracho, the only employee who has been working at Celbi since its launch. He joined the company in 1966 as an errand-boy and still works there because he enjoys working and wants to continue as long as he can.

Most of the guests at the lunch hadn’t seen each other for several years, which is why the gathering started with a reception in the company garden, and it didn’t take long for emotion, nostalgia and deep friendship to surface. After a while, the event moved to the refectory. After lunch, the director Nogueira Santos addressed everyone to thank them for dedicating their working lives to Celbi, because they and the current employees “are the company’s pride and joy”. 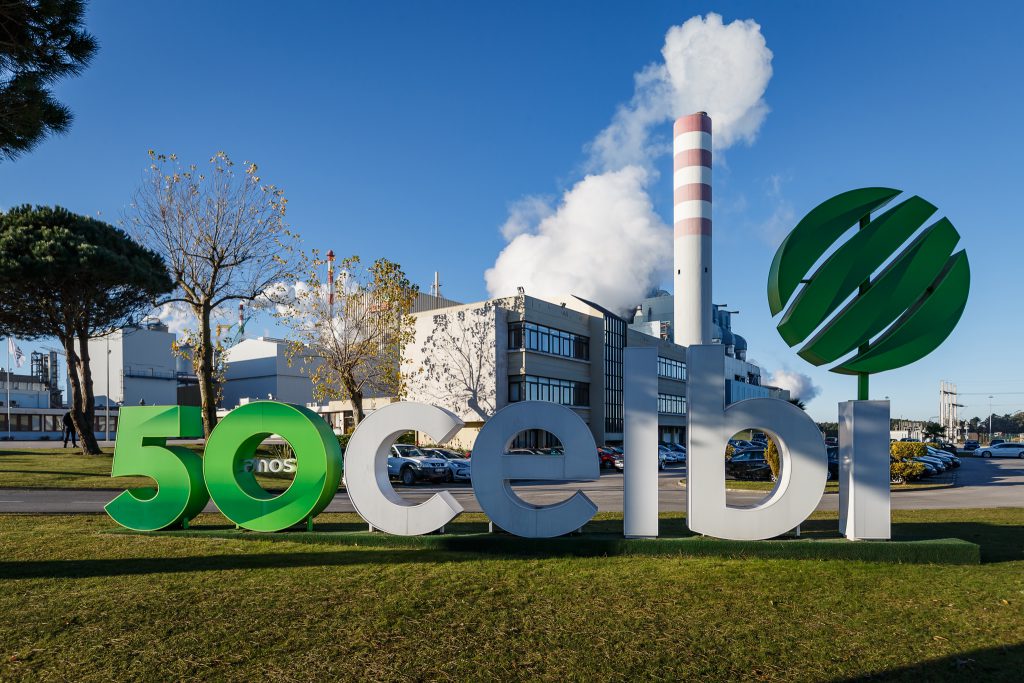 Looking back at the last fifty years, Nogueira Santos summed up the factory’s production record saying “14 million tonnes of pulp have been made at this unit, and everyone of us did our bit”. To illustrate the size of the company, he also painted a vivid financial picture. “In 50 years, Celbi only made a loss four times, and its net profits up to 2016 total 811 million Euros. If we look at these figures in today’s terms, we end up with something like 1.3 billion Euros.” It’s no coincidence that in the last two decades, speciality magazines – including Exame – have on ten occasions named Celbi as the best company in the sector.

Santos joked that with these figures it can be said that “Celbi is the Ronaldo of the European eucalyptus pulp sector”, and added that all of this was only possible “due to the legacy you all left us, the careful management and administration of resources, the thorough implementation of projects and tasks entrusted to us, the respect and development of our human resources and attracting shareholders”.

Nogueira Santos concluded by highlighting the 450 million Euros invested over the last 10 years, which allowed the company to double its production capacity and achieve the goal of 750 thousand tonnes produced annually.

Ending the formal part of the ceremony, the director Carlos Van Zeller talked about how in the 60s when the company launched, it was an extremely “unusual and innovative” project which changed the fortunes of Figueira da Foz, of Portugal’s central region and of its pulp industry, although some small factories already existed and others were subsequently set up. 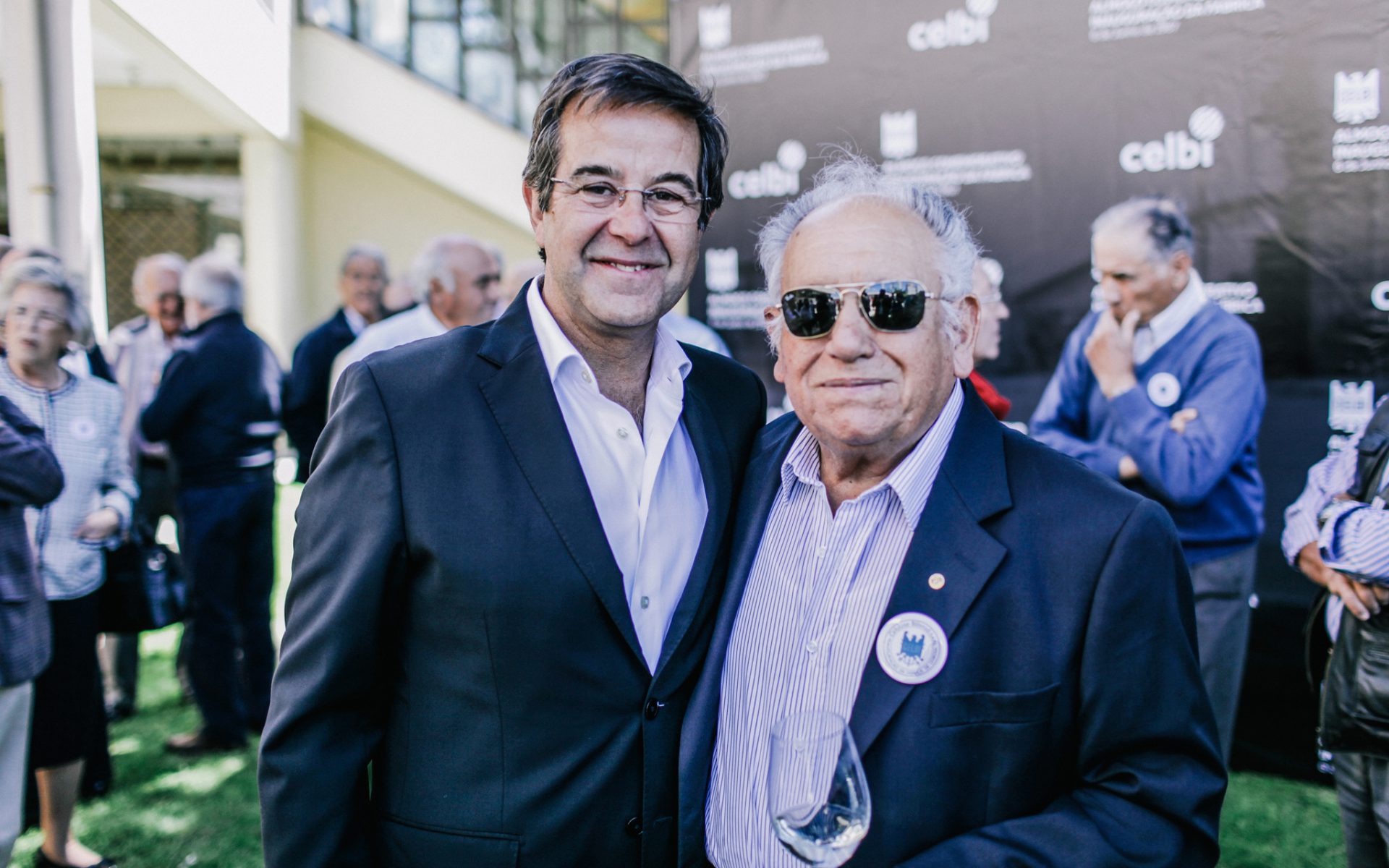 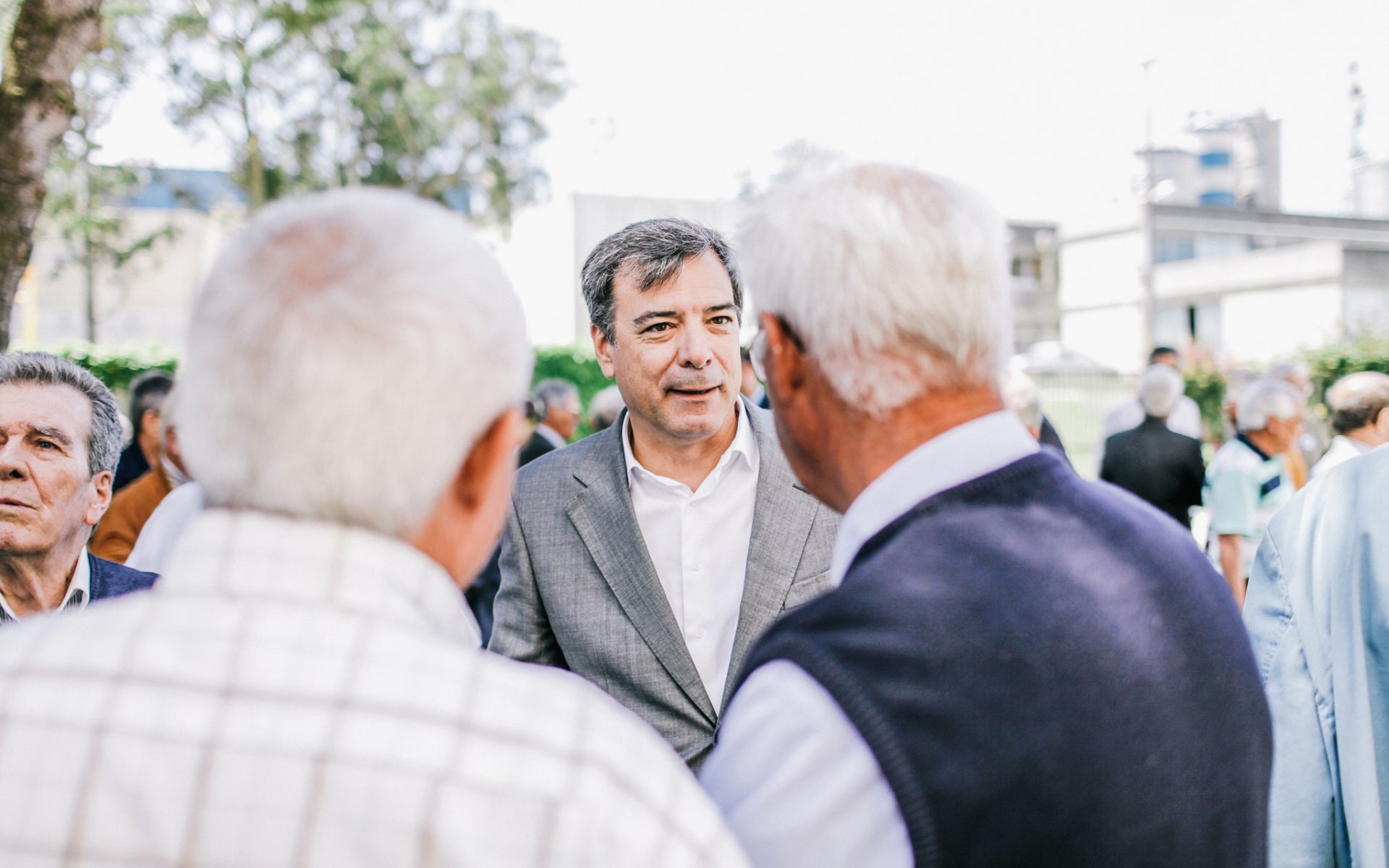 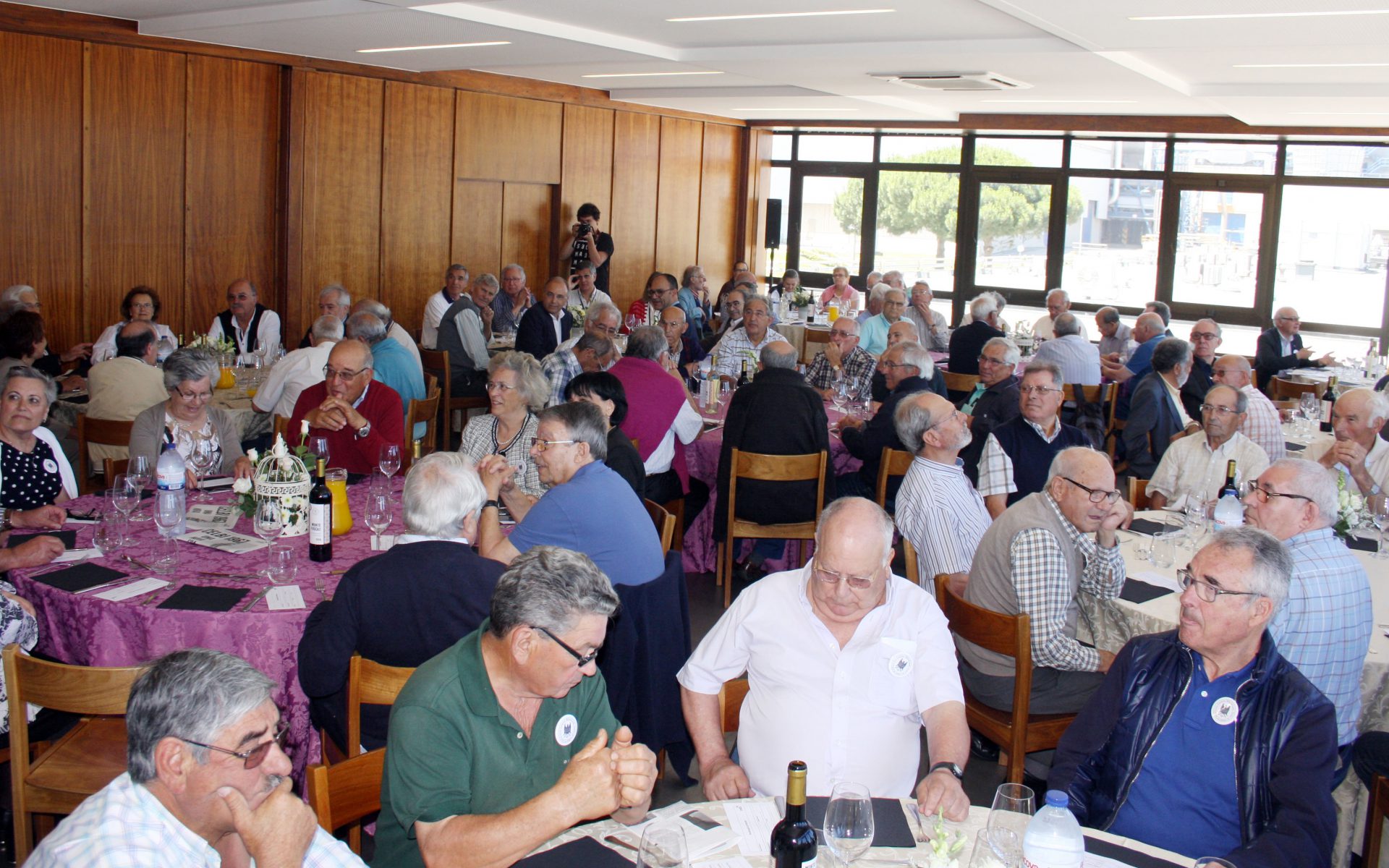 At the celebratory lunch attended around a hundred employees

Celbi is the Ronaldo of the European eucalyptus pulp sector

“Today Celbi is one of Europe’s largest paper pulp factories, starting off with 100,000 tonnes. We focused on excellence, with the best professionals available at the time, with their cutting-edge education. It’s no coincidence that many of the local authority positions have been filled by people who used to work here and were highly evolved.” Carlos Van Zeller appealed to the company’s current employees to stay on the same path in order to ensure that Celbi retains its DNA. According to him, “Dedication, technical skills and the spirit of continuous improvement” are important because “honouring our history makes us bigger, but above all it makes us much better”. 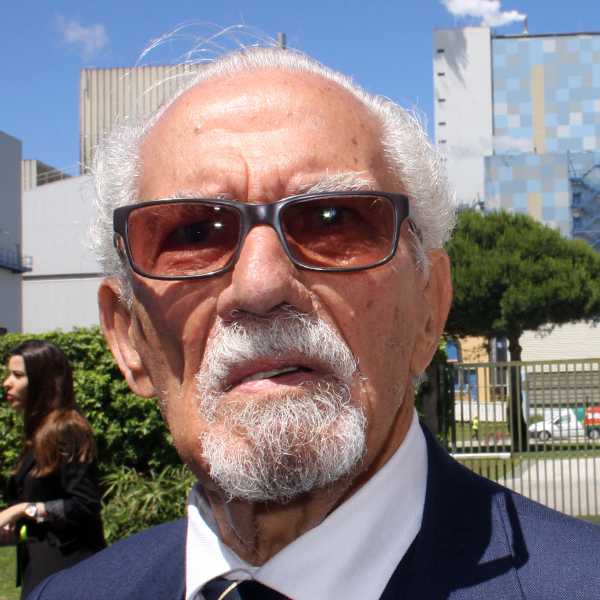 Joined in 1966 as the pulp section supervisor and ended up as a director.
“Overall it was a remarkable experience and very satisfying professionally. I made some great friends and had some very good times, and everything was done to a high standard.
I came back today and I feel right at home. I’m enjoying seeing all of this and I feel a strong bond with this company and everyone here.”

Technical pulp despatch controller (came from Coimbra to Figueira).
“I joined in May, 1967 and left in 1997. Coming back here is amazing, and filled me with emotion. Those were good times, we were young, we all got on well and I never had any trouble with anyone. I helped to grow the company and I’m happy to be here again and to see old friends.” 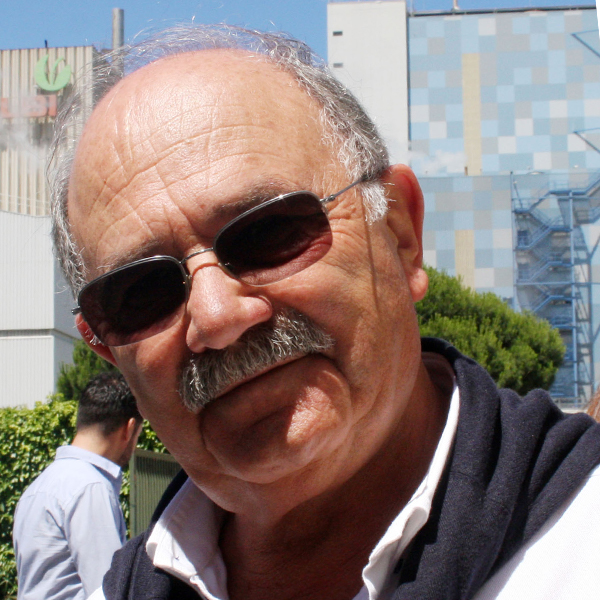 “I started working for the company when it was in Figueira da Foz, at Rua Eng. Silva, in the Forestry Department. I was there for 41 years, from 1965 to 2006. For me it’s not so emotional to be here today because I come back here every now and again. But it’s interesting to return after 50 years and to see lots of faces I hadn’t seen for years.” 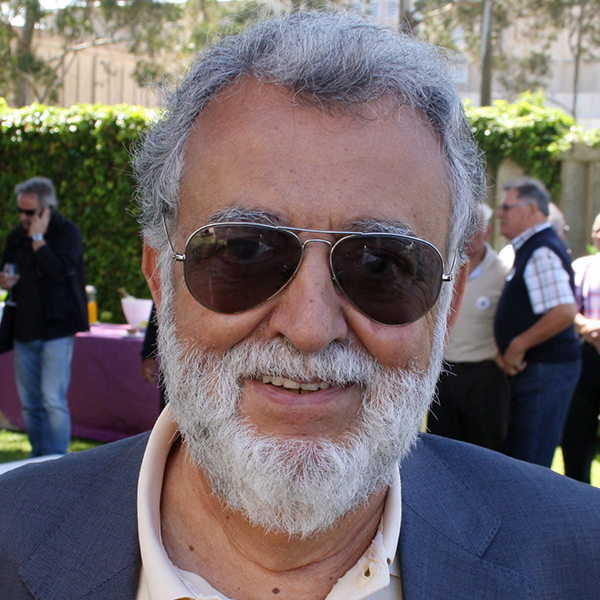 “I joined in April of 1966 before the factory started operation and I went on to specialise in the group in Sweden. Today I feel as though 50 years have gone by in the blink of an eye and I only realised that recently when I wrote the book about the story of Celbi. Coming to work in Figueira da Foz was an adventure. I would come here from Viana de Castelo, and in those days the journey would take over seven hours. It was a nightmare. But it was worth it.”

Joined in 1966 and left in 2006.
“It’s always a joy to come back here and see friends we haven’t seen for years and to look back on the good times we spent here over four decades, not to mention the pride we feel about having served and contributed towards one of the greatest companies within the sector.
I’m really happy to be here.”

” worked here from June 1965 to October 1992. I come here often. I have many friends here and this company allowed me to settle in Figueira da Foz (I was a civil servant in Mira). I was no. 10. I always feel good when I come here and this is where my professional dream came true. It’s good to know I helped to make this a great company.” 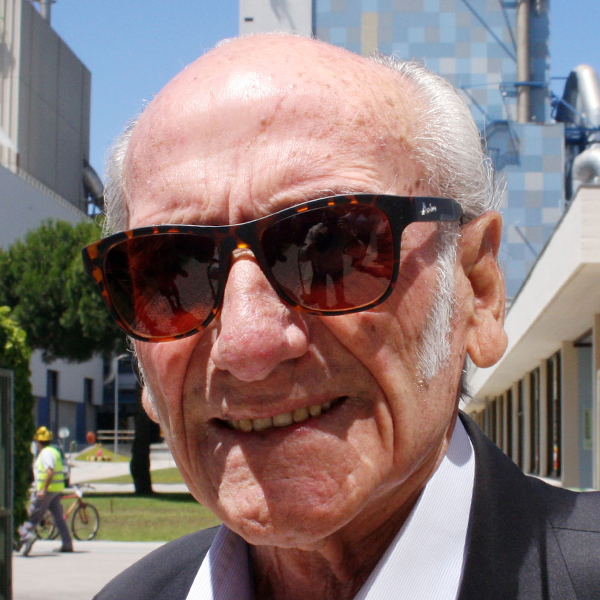 “I’m happy because many of my colleagues from back in my day are still alive. It was a struggle, but what was unusual was that we were all very close to each other and that contributed greatly towards Celbi’s success. You don’t get much of that these days. The company always paid well and this gave all of us a lot of family and social stability. Figueira should be proud of being home to a great and prestigious company, which brought wealth to the region and to the country.”

The only one who has been working for the company since the start.
“I joined as an errand-boy in 1966 and I’m still working here, because I want to carry on as long as I can.
“I know everyone here and I love working here because I feel that Celbi has contributed greatly as a main pillar to the economic development of Figueira da Foz, and provided a good quality of life for its employees. I remember when I came here at the age of 11, this was a desert and few believed that Celbi would become what it is today, one of the county’s three economic pillars: Celbi, Soporcel and Vidreira.”