What causes huge fires in Portugal?

Forest fires are part of the ecosystemall over the Mediterranean. They always have been and always will be. They are the result of a combination of a high primary production of vegetation and very hot and dry summers.

Experts have identified several explanations as to why fires have been becoming more frequent in the last 40 to 50 years, particularly around the Mediterranean. One of the factors humans cannot control is climate change, which leads to extended periods of drought over extensive swathes of land, increasing the fire risk.

Every six years, the Intergovernmental Panel on Climate Change (IPCC), formed under the remit of the United Nations (UN), publishes a report analysing alterations to the climate and their causes, and setting out ways to reduce their effects.

The most recent study (2014) points to human activity being the main cause of climate change. Global warming impacts negatively on human society, nature and the planet in many different ways.

For example, in terms of the Mediterranean, which includes Portugal, there have been warnings of changes leading to increased heat waves and longer droughts. This of course means the forest fire season becomes longer and potentially leads to increased areas of land being burnt in the Mediterranean Basin.

Drought brings with it higher temperatures and lower humidity. When accompanied by strong winds, this increases the risk of forest fires.

The problem of forest fires is a many-faceted one and does not relate only to climate change. There are other aspects which go some way towards explaining how fires are ignited and how they spread on such a large scale in Portugal’s forests. The ageing of the rural populace and the flow of people from the Portuguese interior towards urban areas have contributed towards much of the country’s farmland having disappeared.

Brushwood would formerly have been cleared to provide fuel or animal feed. In all of Europe, Portugal is the country which has undergone the fastest transition between deforestation and reforestation: what was an area of forest of between 4 and 7% in 1870, grew to almost 30% of mainland Portugal in one century.

This transition coincided with the exodus from the countryside and the decline of agriculture, and the brushwood was left abandoned rather than cultivated and managed.

The disappearance of this economy enabled the expansion of the forest which gives landowners a means of income. Portugal lost these areas of undergrowth which acted as natural firebreaks, leaving vast areas of pine and eucalyptus forests vulnerable to fire owing to accumulated combustible material. A large part of the country is becoming desertified and State investment is dwindling in those areas, affecting resources and structures which used to help in terms of management, surveillance and policing.

The forest belongs to the private sector

Of all EU countries, Portugal has the greatest amount of forest in the hands of private individuals who, to a great extent, have to deal with its low profitability. This problem is particularly prevalent in the forests of the north and centre of the country, as well as in some mountain areas in the south, and its results are obvious: unmanaged forested land, in addition to neglected agricultural areas.

These are just some of the problems of human activity – or inactivity – which help to explain some of the fires. But they are not the only ones. There are other factors, such as the absence of an up-to-date forestry register covering all national soil, the lack of appropriate forest and land management policies, and inadequate legislation which does not enable enforcement or penalties for landowners in violation.

Furthermore, current fire policy which is also followed by other Mediterranean countries focuses essentially on reducing the number of ignitions via fire suppression. These measures are reactive rather than preventative. When a country no longer has sufficient human and material resources to control and extinguish all the fires which occur in one day, a small flare-up can quickly become a Major Forest Fire {Grande Incêndio Florestal (GIF)}, raging out of control and sweeping across great swathes of forest. This policy needs to be improved with complementary fire prevention and forest management measures.

Henk Feith, the production director at Altri Florestal, explains that after the relative calm of the second half of the last decade, the first ten years of the 21st century have revealed it is  impossible to reach any of the targets set out in the National Plan to Protect Forests From Fires {Plano Nacional de Defesa da Floresta Contra Incêndios (PNDFCI)}. According to Feith, “the failure to create a network of firebreaks, the ongoing abandonment of the countryside (and resultant accumulation of combustible material) and inefficient fire-fighting procedures, all mean that the size of the fires is at the mercy of the weather conditions”.

The years 2016 and 2017 were marked by multiple fires which burnt down tens of thousands of hectares, which was clearly beyond the fire-fighting capacity of the National Civil Protection Authority {Autoridade Nacional de Protecção Civil (ANPC)}. The ANPC’s abundant resources, consisting mainly of volunteer fire-fighters with no specific forest fire training, are unprepared to deal with Major Forest Fires (GIF).

The Pedrógão Grande tragedy added further obstacles to the operations carried out by the ANPC and its brigades, which were forced to switch their priority to avoiding further fatalities. If forest fire-fighting was already way down the pecking order on the ANPC’s list of priorities, after Pedrógão it was all but ignored.

The result of this was fires which lasted over a week and which swept many miles across the country. People are increasingly calling for forest fire combat to be attributed to a single body comprising professional fire-fighters tasked exclusively with forest fires. 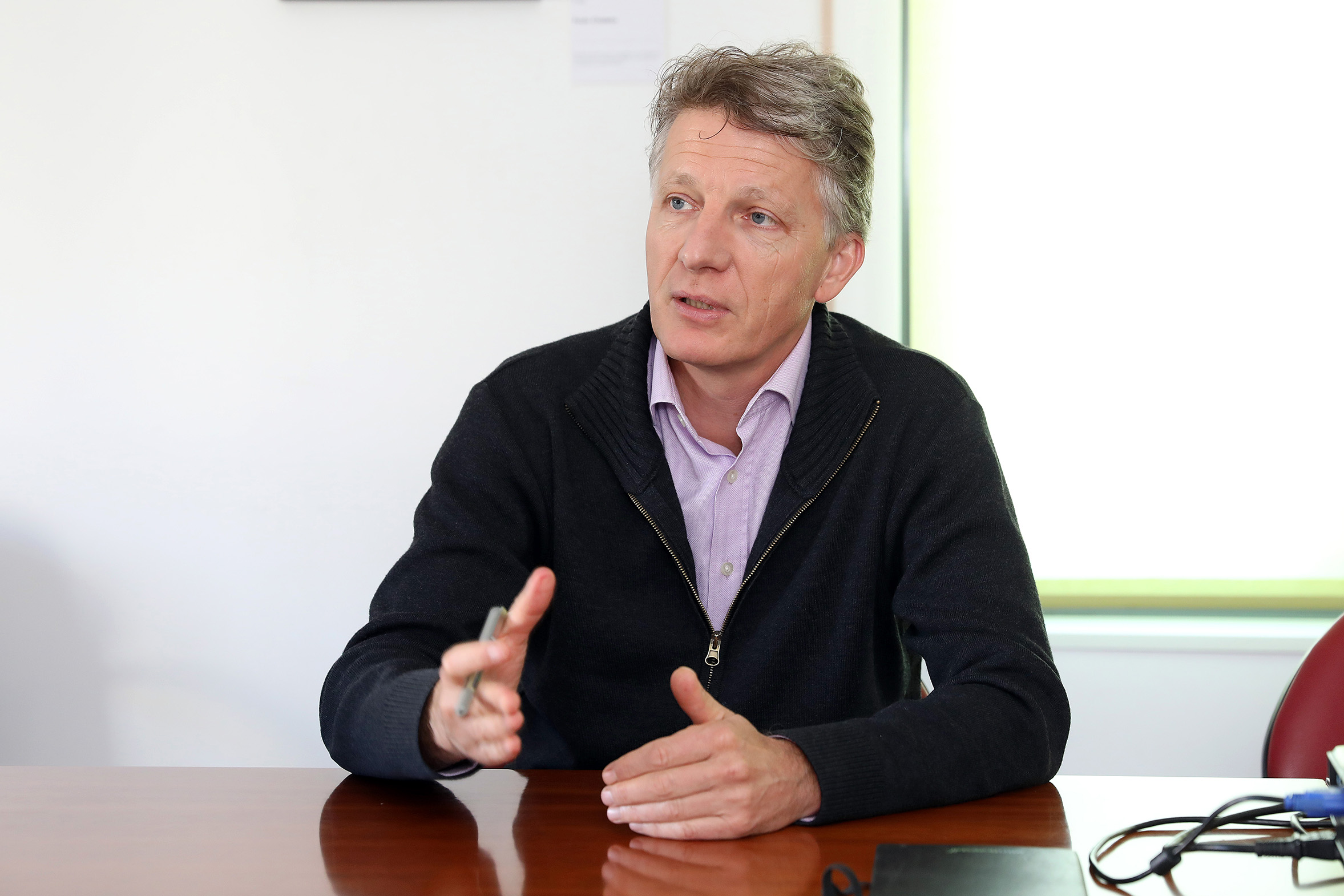 It’s no secret. Fighting fires is more difficult, inefficient and costly than preventing them in the first place. The data set out in this article show that there is a somewhat regular pattern which means that every year 120 thousand hectares in Portugal go up in smoke. Every year there is major environmental damage such as the destruction of habitats, economic damage arising from the costs of fighting these fires, and even loss of human life.

In its annual report on forest fires and the areas burnt in Mainland Portugal for 2015 – this is the most recent final document – the Institute for the Conservation of Nature and Forests has a different take on the environmental and material damage. The methodology used to ascertain the value of the losses resulting from the fires is based on cross-referencing mapping of the areas burnt in Mainland Portugal, provided by the EFFIS – European Forest Fire Information System, with the statistical information obtained by the 2010 National Forestry Inventory and by applying the criteria considered in the breakdown of value of forests as set out by the National Forest Strategy, in terms of the component pertaining to the relative risk of forest fires.

Fighting fires is more difficult, inefficient and costly than preventing them in the first place.

The resulting figure is extrapolated to the value of the area burnt provided by the Forest Fire Information Management System {Sistema de Gestão da Informação de Incêndios Florestais (SGIF)}. The estimated environmental and material damage in 2015 topped 119.4 million Euros, which was lower than the average damage recorded in the previous ten-year period, which totalled around 173 million Euros.

At the start of the 21st century, cellulose companies were aware that they were facing a collective threat, and decided to join forces to create a joint fire combat structure called Afocelca. This is Portugal’s first professional forest fire fighter brigade. Throughout the summer, it has land-based resources at its disposal all over the country, backed up by several aircraft and a centralised control centre to coordinate all resources on the frontlines where it operates.

Afocelca was created along the lines of the Chilean fire-fighting model, and at its inception several professional firemen from Chile were involved in heading up the brigades. Manual tools are seen as being essential to its fire strategy and its philosophy is to attack en masse right at the start.

The Afocelca Method was acknowledged and incorporated into the strategies employed by many fire brigades. Afocelca was gradually recognised by the Civil Protection authorities and was brought into the fold of the DECIF (Dispositivo Especial de Combate a Incêndios Florestais – Special Forest Fire-Fighting Unit).

At the turn of the century, the difference in how fires were behaving started to become more apparent. The ongoing neglect of the countryside resulting from people moving to the cities created conditions which were very favourable to Major Forest Fires (GIF) and 2003 and 2005 were the worst years in living memory in Portugal. As a result, several laws were passed aimed at reducing the country’s vulnerability to GIFs.

This reduction was based on compartmentalizing the landscape and creating a network of firebreaks free of tinder. These firebreaks protected rural areas and made it possible to halt a fire in its tracks at strategic locations. Based on the right principles, the National Plan to Protect Forests From Fires (PNDFCI) contains an error which proved fatal: it failed to address the issue of who was responsible for execution.

Almost all firebreaks are located on private properties and the State did not want to bear the costs of cleaning them…, bearing in mind this land does not create enough wealth to support this cost. As a result, every year virtually none of the PNDFCI is fulfilled. But that’s not the only problem: 10 years on from the legislation being passed to envisage the Primary Networkbeing declared a public utility, the State has so far failed to do so. Presumably in order to avoid paying compensation to forest landowners for the loss of production arising from the implementation of the Primary Network.

After the relative calm of the second half of the last decade, the first ten years of the 21st century have revealed it is impossible to reach any of the targets set out in the PNDFCI. The failure to create the network of firebreaks, the abandonment of the countryside (and resultant accumulation of combustible material) and inefficient fire-fighting procedures, all mean that the size of the fires is at the mercy of the weather conditions. 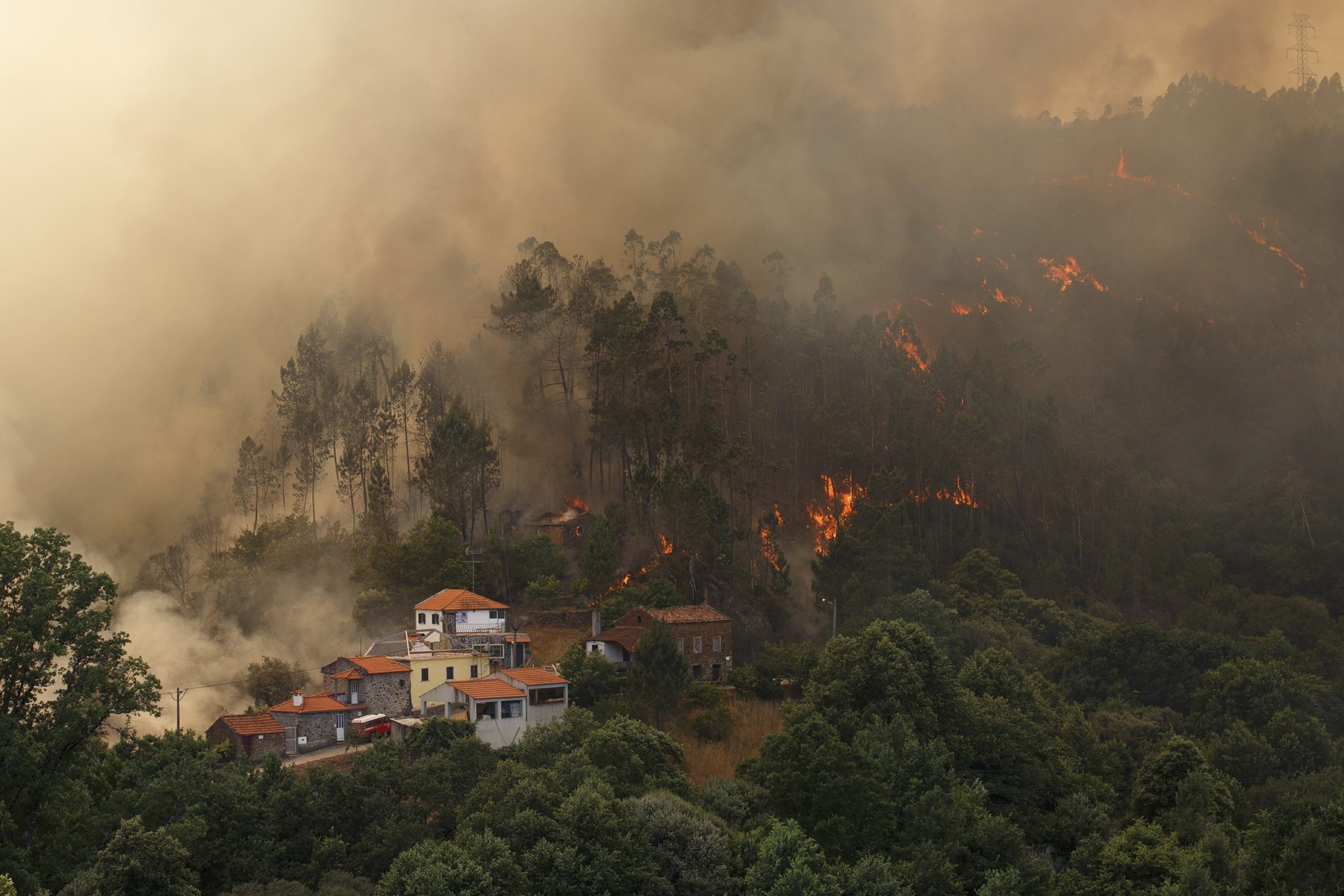 The large number of scientific studies into fires in Portugal has already clearly shown that they are not caused by any forest species in particular, but rather result from a long process of change of use of the land. The Eucalyptus is one of the few which is capable of creating sufficient wealth to selffinance the management of combustible material, as proven by how cellulose companies manage their land and are exemplary in implementing preventative forestry practices. Oddly, it was this species which was recently singled out for demonization in an unprecedented piece of discriminatory legislation in Portugal. According to Henk Feith, a forestry engineer, “The so-called Forest Reform will accelerate the movements whereby forests become neglected, as it’s little more than a series of restrictions on private business activity. By forbidding investment in reforestation, which is crucial to ensuring the forest remains productive and profitable, landowners will gradually give up on managing their areas of brushwood, and will leave them to their fate with the next Major Forest Fire”.

Rather than taking into account the socio-economic processes underlying the changes occurring in the countryside, the Forest Reform will only aggravate the problem of fires and desertification.

Over the last few decades, GIFs have become systemic rather than the result of an unfortunate combination of factors. They are the result of a countryside which has been left abandoned, associated with climate change which has led to conditions which are prone to raging, out-of-control fires.