Doors flung open to the community

There is genuine concern in supporting local development within the region, by helping different bodies and social causes.

Many companies have the sole aim of creating a profitable business and keeping up with the changes brought about by economic cycles. There are other aspects which must be valued part from the company’s financial standing: its environmental impact, social initiatives and transparency which enable good relations to be established with the surrounding community.

Caring about social issues is part of the responsibility organisations have, taking into account the role companies play in society. This is the case with Celtejo. A factory headquartered in Vila Velha de Ródão, which operates 365 days a year, 24 hours a day. Production never stops. Although it is located in a county with a low population density, the factory and the town have not always been on such good terms. This all changed in 2011, when the directors of Empresa de Celulose do Tejo – Celtejo brought a fresh attitude and new procedures. The factory opened its doors to the town, ushering in a new era its relationship with the town, the county and the region. This renewed relationship still prevails today. According to Carlos Coelho, the director of Celtejo, “It wouldn’t make sense to be any other way.” This proximity is enhanced by mechanisms of transparency and social responsibility, which strengthen trust between the community and Empresa de Celulose do Tejo.

In small towns, such as Vila Velha de Ródão, this connection is even more important. This factory directly employs around 200 people and is responsible for a further 50 indirect jobs. Because of its importance to the life of the town and to the regional economy, in terms of both job and wealthcreation, there is an exceptional relationship between Celtejo’s employees and the population and its directors and local and regional bodies.

As Carlos Coelho says “The culture of proximity between a company and the community in which it is located is very important.” He recognises the work that had to be done to create this proximity and addresses the importance of continuing the social responsibility initiatives which Celtejo develops every year. “We endeavour to make sure our relationship with the community is a close as possible.” He emphasises that every year the company sponsors around 50 initiatives, supporting various different institutions and causes, as well as welcoming on average 30 schools which make school trips to the factory every year.

We endeavour to make sure our relationship with the community is a close as possible.

This event is open to everyone. For every person who signs up, Celtejo donates 2.50 Euros. The amount raised is donated to a body supporting social causes. The first Celtejo Charity Fun Run attracted 500 runners and the money was given to the Volunteer Fire Brigade of Vila Velha de Ródão. 700 people took part in the second one, including the Paralympian Gabriel Macchi. The funds raised by this second run went to the Santa Casa da Misericórdia charitable institution in Vila Velha de Ródão.

Carlos Coelho says “If you take into account the fact that the town has a resident population of around 1,700 people, having 700 people taking part in this kind of initiative is a resounding success”.

Although it’s called a Fun Run, participants can walk the whole circuit if they wish. He emphasizes that the most important thing “is taking part and making a small contribution to bodies which help local society.”

Improvements to the factory and to the town

With the 85 million euro investment Celtejo is making, once the projects are complete the factory will be more efficient and the town will also benefit. The new recovery boiler and steam reduction equipment will enable steam to be used to heat the Santa Casa da Misericórdia building in Vila Velha de Ródão, which lies around 500 metres from Celtejo as the crow flies. Under the terms of this initiative, a protocol for cooperation was signed between the two bodies, whereby the company undertakes to transfer heat to the Santa Casa premises, to heat up the domestic water and the building. To this end, a water circuit is to be constructed between both buildings. Santa Casa da Misericórdia will send cold water to the Celtejo factory where it is heated up and then sent back to the Santa Casa facility.

The protocol established between the two bodies will result in an annual energy saving of around 100 thousand Euros for Santa Casa. Carlos Coelho estimates that this project may be completed by the end of 2017.

Another improvement which will be significant for Vila Velha de Ródão, is the start up of the new state-of-the-art industrial waste water treatment plant (ETAR), which forms part of Tejo Project 2018. As well as all the discharge from Celtejo, the plant will treat waste water from the cheese factories located in the industrial area of Vila Velha de Ródão, and help other companies to comply with their environmental obligations. 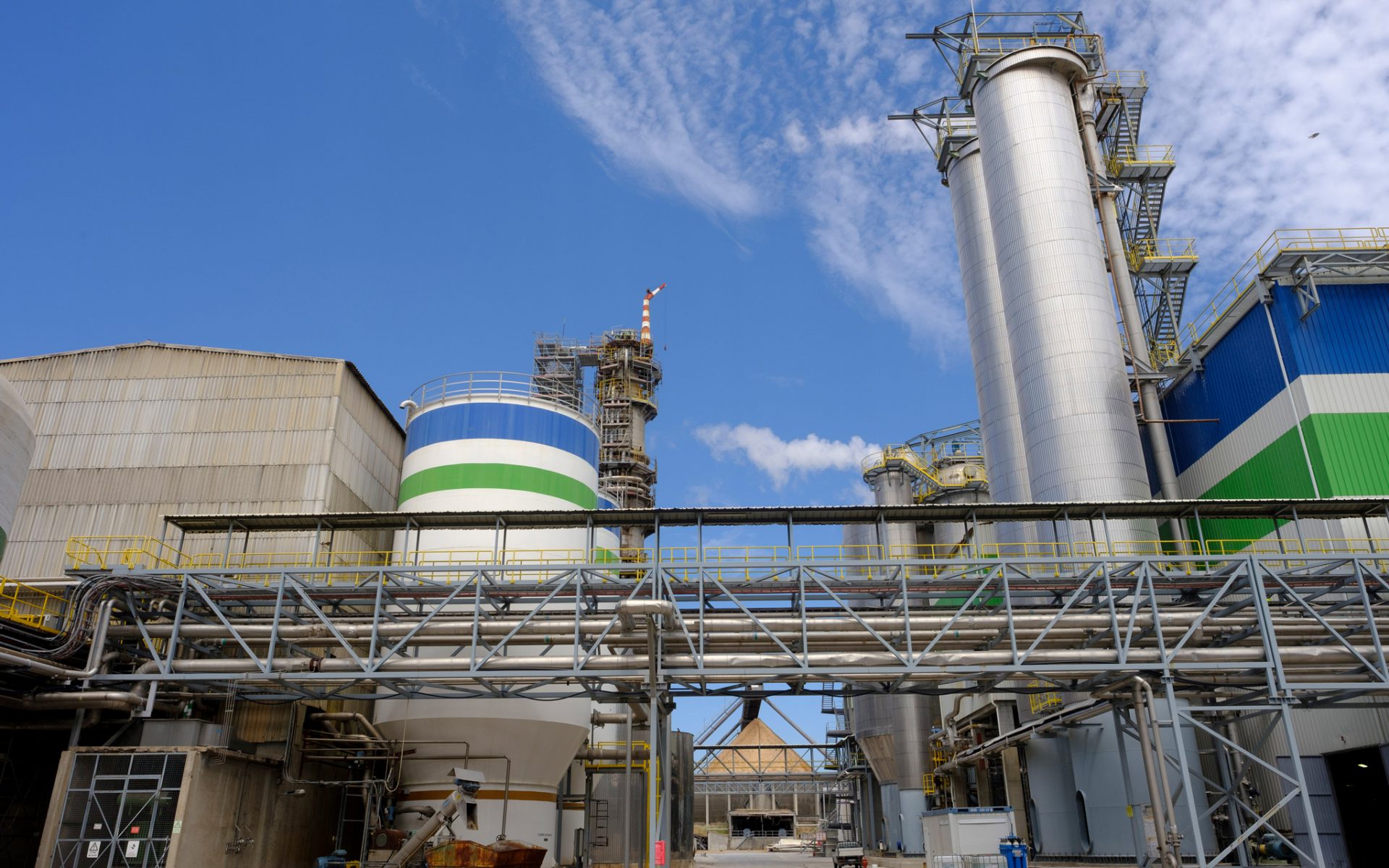 Close ties to the school and the university

The factory opens its doors to around 30 schools a year. The visit includes an explanation of what happens in each area and how paper pulp is produced. To complement these talks, the children are entertained with a series of initiatives and games.

But that’s not all. In the case of the Vila Velha de Ródão School Group, Celtejo equipped the Physics and Chemistry lab with a new bench for experiments.

The company also has a close bond with higher education bodies. Celtejo sponsored the remodeling of the laboratory at Universidade da Beira Interior (UBI), and set up a partnership agreement which allows it to use the university laboratories as an extension to its own lab, whereby it can send employees or samples whenever its lab at the factory is overloaded with work.

The protocols with the region’s universities are diverse. The logic underlying these initiatives in the academy is always the same: “to develop synergies between the company and the academy”, says Carlos Coelho. At UBI, the company has an engineer undertaking a doctorate and there are two students finishing off their doctorates who may join the senior staff at Celtejo.

There is a further protocol with the Instituto Politécnico de Castelo Branco (IPCB), whereby four new foremen are taking bachelor’s degrees. To get a better idea of the close ties between the company and the IPCB, you just have to take a look at the IPCB’s Industrial Engineering course which is to a great extent being taught on Celtejo’s premises. Carlos Coelho explains that the goal for the next academic year is “for the entire course to be given at the Celtejo facility, taking into account the fact that all the operators the factory will be recruiting will hold degrees”. The minimum educational requirement for this position is that candidates have completed Year 12. There is a desire to raise this minimum to a bachelor’s degree. “The IPCB is key in implementing this strategy moving forward.” As well as this initiative there are other protocols with the IPCB Faculty of Arts. This means that whenever events are held at Celtejo, students or teachers can be brought in to provide entertainment. A protocol with the IPCB Health College ensures that a physiotherapist – usually a teacher and a student – travels to Celtejo every week to perform massages. According to Coelho, “This initiative is very much appreciated by our employees, given that the appointments schedule is always fully booked”.

The relationship with the universities and with the region is so close that Carlos Coelho, in his capacity as the director of Celtejo, was invited to join the board of the IPCB and UBI. The board is the body which elects a chairperson or dean. In addition to this, he has other duties, such as to propose initiatives or asses the performance of the president and of the management board.