A bigger and better development for Humanity

This issue of Altri News is dedicated to Gender Equality. I’ve been following Altri for many years, but I have to say that since I joined its Board of Directors as a non-executive member, I’ve been delighted to see how much importance and attention are dedicated to issues such as Sustainability and Gender Equality.

Many of Altri’s female employees bear witness to this. The problem doesn’t lie with Altri nor with legislation, which has been a decisive factor in speeding up the process. Rather, the problem still lies among us, particularly in terms of education and mindsets, which may take several generations to change unless we take action.

One of Altri’s 2030 commitments is to double the number of women in leadership positions, which is an extremely ambitious and difficult goal, but which perfectly demonstrates Altri’s concern and determination in promoting Gender Equality.

In an industrial company such as Altri, where men traditionally form the vast majority, the question of Gender Equality is particularly challenging.

Issues may arise right at the point of recruitment, especially in the industrial arena. Although in Portugal the percentage of female graduates is, in overall terms, much higher than 50%, this figure drops down to around 30% in the realm of engineering. This is clearly down to women’s choices, since it is well known that they generally achieve better grades to get them into higher education.

However, women account for around 80% of graduates in the fields of Health and Education, which of course ties in with the idea of the maternal and nurturing female figure. Even so, I should point out that a few years ago, a CEO of an industrial company (albeit a “lighter” industry than Altri’s) told me they were in a bit of a quandary because seven positions had opened up in the industrial division and the top five CVs had been submitted by women.

Of course we must respect the fact that women have the opportunity but still tend not to choose engineering or computer sciences which are deemed the “courses of the future”. I know that we’ve come a long way in the last few years, but in my case, when it came to deciding which study area I wanted to pursue after what is now Year 9, my father wanted me to choose a language course so that I would be able to lecture at university and do translations at home and thus keep abreast of my children’s education. That’s what he wanted for his daughters, but preferred his sons to choose an engineering course – as he had done – or management. And my father loved his daughters and thought us very intelligent. In fact, when I finished school I decided I wanted to study Economics but I hadn’t taken Maths so I had to do some really intensive exam preparation.

Although we, at least in the more developed world, have demonstrated Gender Equality in terms of intelligence and ability – you just have to look at the number of graduates (for many years) and PhDs (since 2008) in Portugal, where the percentage of women exceeds that of men – there still remains a huge gap in terms of career development and positions of leadership.

The main reasons cited are the difficulty in reconciling work and family life, and the fact that women are less ambitious and less self-confident. No law can change this.

Professional ambition is still expected in men but less so in women. It is often associated with aggressiveness and “unfeminine” or “tough” postures.

Women still feel that it’s harder for a man to accept being led by a woman than by another man. On the other hand, women tend to find it harder to ask for a pay rise or negotiate a job promotion, either because of their character or because it may not be as important to them as it is to men, partly due to different social pressures.

Self-confidence tends to rise as increasing numbers of women demonstrate successful leadership and it becomes more normalised to have women at the top. Setting an example can do wonders for other women’s self-confidence. This is why quotas can be so important, temporarily, to speed up the process. Coaching for women within companies may also play an important role in making them more aware of their own abilities and opportunities.

In contrast, achieving a work/life balance will only become possible once mindsets and attitudes change, particularly with regard to household chores, but above all in terms of young children. Women generally feel more responsible for caring for and educating their children and often make huge sacrifices at some points in their life, so that their career isn’t compromised. Or they make choices, which is completely understandable. But those choices are often forced or conditioned, which is very unfair. The recent requirement for men to take paternity leave is an important measure, because although men already had that option they were often reluctant to take it.

With the current pandemic closing down schools and resulting in more chores to be done at home, things have probably been much harder for women than for men, although it has demonstrated that flexibility regarding workplace is possible and it works. This may turn out to be a huge step forward in reconciling professional and personal life for both women and men.

The fight for Gender Equality is not only a moral issue or a question of social justice. It is a fight for the bigger and better development for Humanity. Not every man or woman wants to or can be a leader or a brilliant scientist. But as major talent is so rare, it is for the good of Humanity that we double the pool of potential.  It is important to celebrate the conquests, which have been huge and which benefit men and women alike. But it’s also important not to lose sight of the long road ahead. 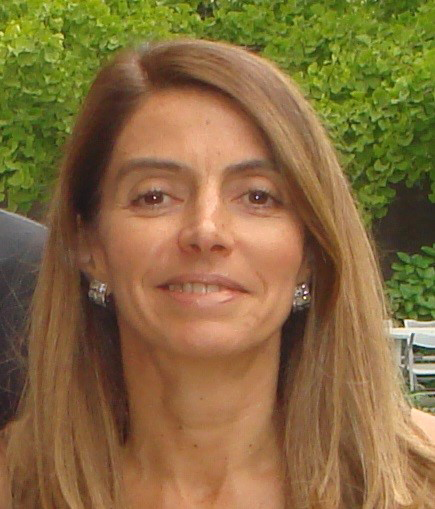